Patricia Parkinson specializes in environmental law and international law and governance. Patricia has been based in Suva since 2012, where after working with IUCN Oceania and Fiji Environmental Law Association (FELA), she founded in 2018 Environmental Law Oceania Consultancy. She is currently working as Ocean Consultant - Pacific with the Environmental Investigation Agency (EIA), as well as with partners CIEL, Massey University and WWF Pacific on a project aiming at building support for a binding multilateral agreement on plastic pollution in the Pacific islands region. Patricia acknowledges the assistance of Christina Dixon and Tom Gammage of EIA in writing this article. 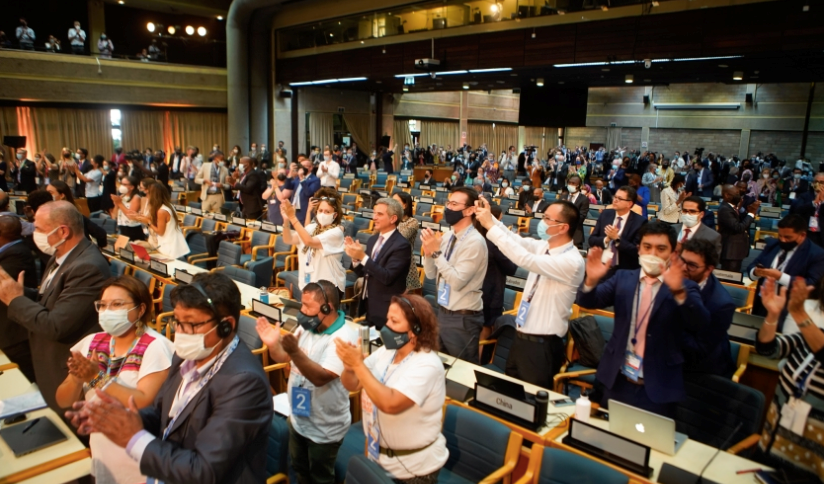 Plastic pollution is an insidious and wicked environmental problem that must be tackled at an international and national level with the involvement of governments, the commercial sector and consumers. A solution will require a progressive shift from the current linear (extract – produce – consume – discard) to a circular economy model.

Small Island Developing States (SIDS) are also large ocean States - particularly vulnerable to, and adversely impacted by, plastic pollution. With the AOSIS Ocean Day Plastic Pollution Declaration and the Pacific Regional Declaration on the Prevention of Marine Litter and Plastic Pollution and its Impacts SIDS have raised their collective voice calling for urgent action and support for a global, coherent and comprehensive legal regime to be put in place to address this rapidly growing global and transboundary environmental crisis, and they have been heard.

The UN Environment Assembly (UNEA), voted unanimously in favour of Resolution 5/14 at the second meeting of the UNEA’s fifth session (UNEA 5.2) held in Nairobi on 28th February to 2nd March 2022, giving the green light to start to negotiate an internationally binding Treaty to end plastic pollution.

This article outlines the planned negotiating process and the key provisions and factors that need to be considered as the Treaty is negotiated for all States to tackle plastic pollution at an international and national level and what needs to be done to create this Treaty is set out in the Resolution.