In a previously published legal bulletin we discussed Biodiversity on the high seas, and the increasingly recognized need for an international legally binding instrument (ILBI) to regulate biodiversity in Areas Beyond National Jurisdiction (ABNJ). Recently, progress towards the ILBI came in the way of the third session of the preparatory committee on Marine Biodiversity in Areas Beyond National Jurisdiction (PrepCom 3).

PrepCom 3 was held at the United Nations headquarters in New York from March 27 to April 7. I had the good fortune to observe proceedings as an observer through an invite from a New York City based non-profit that supports small islands developing states permanent missions to the UN in oceans and climate change negotiations.

In this bulletin, we set out how PrepCom 3 fleshed out discussions on what the main elements of the treaty would be. This included inter alia, Marine Genetic Resources, Area-Based Management Tools, Environmental Impact Assessments, Capacity Building and Technology Transfer. These substantive areas of discussion form what will be the core elements of the treaty body and address some of the primary issues faced with respect to high seas regulation and management (or lack thereof). The lack of any cohesive form of regulation on the high seas means that these parts of the ocean are often subject to unchecked resource exploitation. Coming to a consensus on how this treaty is framed and articulated is one of the first steps towards an ILBI. 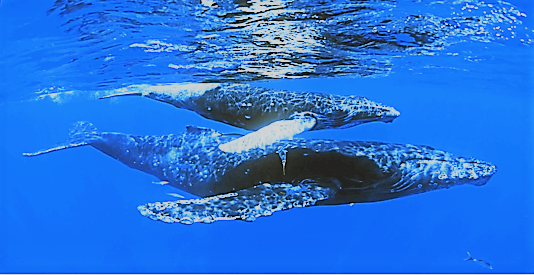 While no official definition of MGRs exists, they are generally understood to include marine-based genetic material of actual or potential value. The treatment of MGRs in ABNJ under the ILBI was a particularly contentious debate that delved into its scope and definition, principles, access and benefit-sharing and Intellectual Property Rights (IPRs).

One of the more contentious discussions revolved around distinguishing “fish” as a source of MGR versus its role as a commodity. There were arguments made for the inclusion of fish as a source of MGR, while other parties argued that fish were regulated under a different regime (namely the UN Fish Stocks Agreement) and managed by RFMOs. Here the concern is that while fish are indeed a source of marine genetic material, they are also a commodity, with their management and conservation operating under existing regimes.

The discussion of principles was complicated by the fact that MGRs in the Area fall under the Common Heritage regime but with MGRs in the high seas having no current regulation.[1] Some State parties argued to keep the regime that applied to MGRs in the Area to the broader ABNJ, i.e., the High Seas, however others argued that different principles should apply here. The Common Heritage regime for the Area acts as a balancing tool, providing certain benefits to developing countries who could not otherwise exploit the resources present in the Area. Applied to the High Seas, this may provide similar benefits.

Regulating access to MGRs was also a contentious debate. The issues here involved balancing the role of research and innovation, and tracing the discovery and development of MGRs. Discussions ranged from regulating MGRs to having an open access system (as currently exists).

The benefit sharing component of this discussion led to calls from many developing states for the creation of options for both monetary and non-monetary benefit-sharing derived from MGR exploitation. Developed states sought prioritizing non-monetary benefits. MGRs are a resource that is fairly unknown in the Pacific but can prove quite lucrative. The costs of prospecting and development of MGRs into viable products effectively bar the Pacific from engaging in this process due to the lack of resources and capacity. What arises as a result is that these resources that may be found in the high seas, are developed and patented thereby restricting its development and use to patent holders. Creating a process that allows for equitable redistribution of wealth through the ILBI could allow developing countries such as those in the Pacific to also benefit from the exploitation of MGRs.

ABMTs include marine protected areas (MPAs). ABMTs are one of the key measures under BBNJ to protect areas of the high seas through MPAs or other marine management tools. While there have been a multitude of MPA designations and the like on the high seas, these are often created under regional treaties and often do not affect unbound non-party states under international law, who continue to enjoy the freedom of the high seas.

Discussions around ABMTs focused on striking a balance between conservation, management and sustainable development. There were many calls for defining ABMTs under the ILBI, together with providing clarity on MPAs as they are one of the key tools in the ABMT toolkit. A key point of discussion here was what ABMTs would look like, and their relationship to existing regimes such as those of RFMOs. The designation and assessment of ABMTs and what they would look like and the accompanying governance regime was also discussed. There was strong agreement that decisions should be based on science.

To reach consensus on the particulars of ABMTs a careful look at the existing regimes and processes is needed. A concern of some parties was the potential for the ILBI to overlap or conflict with existing regimes and institutions. A particularly contentious and complicated issue was determining what would be the appropriate role of RFMOs in this.

The fisheries resources of the Pacific have been exploited by distant water fishing nations for many years. Having ABMTs in adjacent high seas and high seas pockets allows the Pacific to better preserve their fisheries resources. How this will be developed is still under discussion and heavily debated but should the ILBI create an avenue to establish internationally binding ABMTs in the highs seas, this may turn the tides of plummeting fish stocks.

Environmental Impact Assessments in ABNJ have had to date very little to no regulation. In discussing the scope of EIAs there was debate as to where this would apply, i.e., activities in ABNJ affecting coastal states or vice versa, some parties suggested that activities within national jurisdiction that had the potential to affect the ABNJ also needed to be regulated.

The use of a threshold for the triggering of an EIA was also discussed. Together with this option was the point to have an indicative list of activities that warranted an EIA, this option was opposed by some parties who argued against having a list at all. Some parties argued that there should be a non-exhaustive list and the need for a case by case assessment of activities in the ABNJ.

In terms of governance discussions and what type of body would lead these efforts and regulate the EIA process, there were a few options suggested. Some parties suggested having a centralized body created under the ILBI to serve this function. Others argued that the creation of another body had the potential to duplicate mandates, increase bureaucracy and slow the process. An alternative put forward was involving sponsor states and proponents in this process, and consulting with adjacent states.

The role of monitoring within the governance framework was another cornerstone of the EIA discussions. There were proposals to have a scientific and expert committee with oversight with the alternatives including using proponents of projects to prepare monitoring plans and reporting to the respective sponsor state.

EIAs within national boundaries have been a de facto environmental standard for many years. Extending this requirement to the ABNJ is an important part of protecting and managing activities here. We in the Pacific are large oceans states adjacent to the high seas and high sea pockets, having these environmental protection mechanisms in place allow us to be informed and aware of developments adjacent to our ocean space and this is something ILBI will hopefully bring into effect.

This item was heavily advocated by developing countries because it allows them to access resources and the benefits derived from ABNJ resource extraction, in addition to being involved in the various regulatory aspects of the management of the resources here. Capacity building and technology transfer is arguably cross cutting and ideally would relate to MGRs, ABMTs and EIAs. Pacific Islands are often barred from accessing the resources of the high seas purely out of the lack of resources and capacity. Having Capacity Building and Technology Transfer as a core pillar of the ILBI goes someway to remedying this inequity.

PrepCom 4 in July 2017 will consider: the scope of an international legally binding instrument and its relationship with other instruments; guiding approaches and principles; marine genetic resources, including questions on the sharing of benefits; measures such as area-based management tools, including marine protected areas; environmental impact assessments; capacity-building and the transfer of marine technology.

PrepCom 4 is expected to prepare recommendations to the UN General Assembly for the Assembly to decide at its 72nd session whether to convene an intergovernmental conference to elaborate the text of the agreement. This means that while the PrepCom does a lot in the way of developing a framework of what the ILBI would look like, ultimately whether the General Assembly decides to move on to convening the intergovernmental conference to elaborate the text of the agreement is crucial to its success. The UN Ocean Conference (June 5- 9) in New York is an opportunity to further raise the profile of high seas protection through BBNJ. Much like the Paris Agreement, there needs to be a lot of work done at various stages of the treaty development process and while a lot of ground has been covered, there is still is a long way to go. Breaking the status quo and achieving some meaningful protection of the ABNJ is crucial for the future longevity of ocean health.