The Fiji government has made a bold commitment to designate marine protected areas (MPAs) across 30% of its ocean spaces. If this goal is realised, MPA status will be declared over approximately 390,000 square kilometres of Fiji’s ocean spaces. The protection of these marine resources serves several purposes and includes food security for communities, particularly in times of need, and in terms of economic value. In 2014 Fiji’s fisheries were estimated to be worth approximately F$250million.

In this bulletin we consider the legislation that enables the legal declaration of MPAs, how Fiji's common law principles support an inclusive decision-making process leading up to the declaration of MPAs and how following an inclusive and integrated process may lead to more effective MPAs that are suited to Fiji's law and governance context. 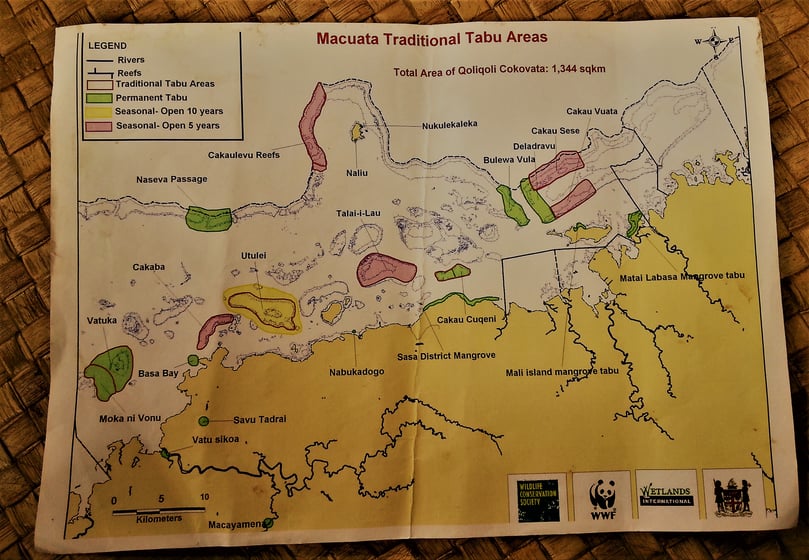 [A map of the Qoliqoli Cokovata, Macuata, Vanua Levu, showing the traditional "tabu" areas where fishing is limited in accordance with customary law and fishing licence conditions]

MPAs are an important topic, and in June 2017, Fiji, together with Sweden will co-host the United Nations Ocean's Conference which is being held to support the implementation of Sustainable Development Goal (SDG) 14 on 5-9 June 2017, In New York. The topic of MPAs is one of Fiji's 7 focus targets that it will take to the Oceans Conference for SDG 14. The legal process around how MPAs are created may be more significant than the target percentage of ocean space that they should cover and this could form the basis of voluntary commitments which will emerge from the Oceans Conference.

MPA’s restrict the way a designated area of ocean is used. The benefits of MPAs include enabling depleted marine stocks to replenish, boosting fish catches in areas surrounding the MPA and the promotion of conservation alongside of socio-economic development including promoting tourism development and other alternative livelihood strategies.

However, MPAs may also be ineffective, and in certain situations make things worse by undermining human security and social-ecological wellbeing. MPAs can have far reaching impacts on culture, economy, subsistence activities and ecosystems in the short term and long term. This is because the designation of a MPA will alter, restrict, reduce, or remove pre-existing rights and commercial interests to use the ocean space in question.

At present, Fiji’s legislation provides two legal processes that empower the Ministry of Fisheries to designate a MPA, these are:

This means the decision maker is the Minister for Fisheries who makes any decision to designate a MPA on behalf of the Fiji Government. The task of the decision-maker is never an easy one because it requires balancing arguments for and against the decision, and in the context of MPA designation it requires consideration of the legal and governance context as well as how the decision may adversely impact pre-existing rights and interests to the ocean area in question.

Fiji is a common law jurisdiction and its independent judiciary enjoys supervisory jurisdiction in relation to decisions that are taken by Ministers exercising power as the executive branch on behalf of government. This includes the Court’s jurisdiction to scrutinise decisions taken to designate a MPA pursuant to the Fisheries Act or the Offshore Decree.

The High Court’s power of scrutiny is however limited. The High Court will not listen to an appeal of a decision to designate a MPA on its merits, but it will consider whether the legislative power existed to designate the MPA and whether a fair process was accorded by the Honourable Minister before the MPA was designated. While it is not possible to pre-empt every possible legal argument, it is likely that a failure to take into account or hear from those who would be adversely affected by the designation of the MPA would provide good grounds to challenge a designation of a MPA. In short, the Court is only concerned whether a fair decision-making process was undertaken prior to the decision being made and if the Court determines that a fair process was not followed it may effectively cancel the decision of the Minister, who may then make the same decision again in accordance with a fair process.

This means that an administrative law perspective may assist in the creation of MPAs that are effective. This is because Fiji’s administrative law principles require a careful decision making process that takes into account all of the pre-existing rights and interests of those whose rights may be altered, restricted or removed by the decision to designate a MPA. In addition, that decision-making process should also hear from and take into account technical and scientific evidence in relation to why the MPA should be designated. The decision-maker can then weigh up the arguments and pre-existing interests in the final decision, and because the decision is made through regulations may be able to find a way to mitigate any potential adverse effects of the designation.

Fiji’s administrative law principles therefore provide a unique opportunity to implement a decision-making process that will result in effective MPA designations. This is because the process itself should enable Fiji to take decisions to reach the best possible decisions for effective MPAs.

A simple and inclusive decision making process would include: following the minimum requirements in the legislation (Fisheries Act and Offshore Decree), assessing the pre-existing interests in the ocean area in question, providing sufficient public notice of the intention to designate the MPA, setting out the process for listening to submissions from all interested parties including scientific and fisheries experts and providing an opportunity for those who may be adversely affected by the MPA designation to be heard. Following such a process should provide the best opportunity for a balanced and rigorous decision based on relevant considerations and arguments both for and against the designation to emerge. Finally, the decision should be communicated in writing with reasons and may include particular conditions intended to mitigate any adverse impact on existing rights or interests. 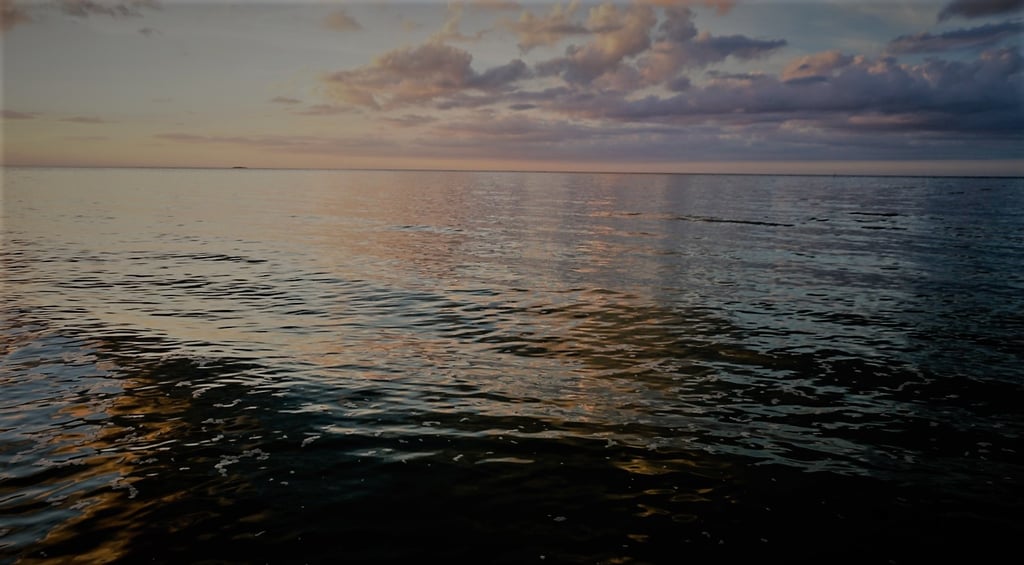 This bulletin is an updated version of an article that appeared in our December 2016 Oceans Law bulletin.