The world’s oceans are the largest international commons on earth. All nation States have an equal right to navigate and traverse the oceans through their registered ships under the international legal principle of freedom of navigation. Maritime law requires every ship to be registered (flagged) to a nation State (flag State), and when duly registered that ship is regulated by its flag States and enjoys protection from interference or regulation from other States. While the protection from interference has its origins in the law of the sea's first principles it also means that flagged vessels can avoid regulation, and this is leading to human rights abuses at sea going unchecked. This legal bulletin aims to explain the international legal context that is facilitating a lack of regulation, examines why the issue needs to be addressed and briefly considers how New Zealand is responding and other potential solutions 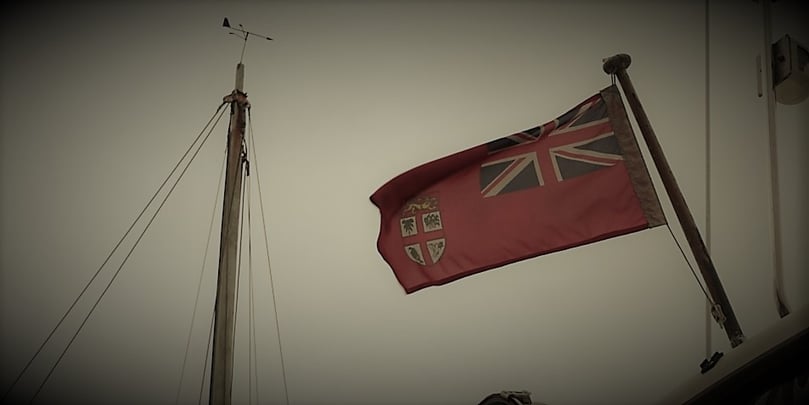 Flagged vessels may be likened to floating islands of nation States, entitled to expect that other nation States will respect their territorial integrity. While this right sounds like an extension of the principle of territorial sovereignty, the modern protection of flagged vessels, is derived from the Law of the Sea Convention (UNCLOS).

UNCLOS essentially codified a pre-existing principle of maritime law by mandating that flagged vessels are subject to the exclusive jurisdiction of the flag State except in exceptional circumstances and also provides “ships shall sail under the flag of one State only” (UNCLOS Art. 92).

Unsurprisingly the approach to regulation that has emerged from this international law context is to place the obligation to prescribe and enforce conduct and standards of flagged vessels falls on those vessels' flag States. The theory is that the flag States will act reasonably, take into account the concerns of all nations who share the seas and meet a generally accepted standard of regulation over their flagged vessels.

However, the approach of putting the obligation on flag States to regulate has failed to avert the biggest concerns affecting the world’s oceans emerging. These include: marine pollution, overfishing and worker’s rights. These tragedies are all linked to a failure to prescribe rules and enforce them and it seems reasonable to conclude that a contributing factor is a fault with a system of regulation that is based on international law that ultimately relies on flag States to regulate the standards and conduct of their flagged vessels effectively.

A commonly cited reason for the failure of effective regulation is that not all flag States have either the means or the incentive to undertake effective regulation and this is exacerbated by the accepted practice of States operating “open registries”. Open registries enable any vessel owner to register its vessel regardless of where that vessel owner or the crew who sail the vessel are from. The open registries provide the vessel with what has been termed a “flag of convenience”. The scale of this issue is apparent when it is considered that Panama, a state of around 3 million people, has around 8600 registered commercial vessels on the world’s oceans flying its flag, which is more than the commercial vessels that are "flagged" by the United States and China combined. The success of flags of convenience has resulted in more than half the world’s vessels and more than 20% of high seas fishing vessels registered in open registries, flying “flags of convenience”.

While supporters of open registries say that open registries create economic efficiency and rightly prioritise the importance of global trade over bureaucracy, critics view them as a means for vessel owners to shop around to find a State that has no means or incentive to regulate conduct or standards and this creates a loophole that facilitates illegal, irresponsible and conventionally unacceptable behaviour and prevents the vessel owners from facing legal consequences for their conduct.

The consequences of a failure to regulate labour standards can be tragic for any worker who works for ship owners who do not respect their human rights and are able to avoid regulation. Greenpeace has estimated that 10 to 15 percent of commercial fishermen worldwide work in slave-like conditions where workers may be subjected to unjust conditions, beatings, abuse, sexual assault and enslavement.

In the Pacific context, we can exercise our rights of sovereignty in regulating fishing effort in our territorial seas or EEZs, but our jurisdiction does not extend to regulating labour standards on board vessels that are not flagged to Fiji.

But global concerns relating to workers’ rights are growing, for example on 14 September 2016, the inaugural International Maritime Human Rights (IMHR) conference in London called for an end human rights abuses at sea “without exception”. In November 2016 the World Wildlife Fund Pacific (WWF - Pacific) and the Pacific Islands Association of Non-Governmental Organisation (PIANGO) organised a 2 day civil society organisations (CSOs) round-table discussion to discuss all aspects of tuna fisheries in the Pacific. A broad range of stakeholders including government reps, NGOs and private sector stated that out of 4 main concerns that the group had relating to the tuna industry in the Pacific and number 2 on the list was “Inadequate recognition and implementation of basic human rights, safe working conditions and deficiency of social justice in the tuna fishing industry.”

In addition, high-level actors have commenced advocacy to bring about changes and the ILO’s ‘Work in Fishing Convention C.188’ sets out standards of employment and social responsibility in global fisheries; the Organization of Associated Producers of Large Tuna Freezers (OPAGAC) (representing 40 Spanish purse seiners that operate in the three major oceans) has developed comparable standards for its fleets; and the Marine Stewardship Council (MSC) has included appropriate standards of social responsibility among fishery certification standards, applicable from mid-2018.

Even so, effectively addressing human rights concerns may necessitate more than accepting the status quo in the regulatory system permitted by current international law that relies solely on flag States to take action. Supporters of open registries point out that there are some open registries that operate responsibly and are willing to regulate effectively and say that primary responsibility rests with the vessel owners. If this is accepted then logically the present regulatory system based on current international law could work, if, there were stronger international sanctions against all registries including open registries that fail to regulate through prescription of rules and enforcement of those rules, including rules that uphold labour standards.

New Zealand has taken an innovative approach of enacting specific legislation known as the Foreign Charter Vessels and Other Matters Act. This legislation made it a legal requirement that from 1 May 2016 all foreign charter vessels that want to fish in New Zealand waters had to be “reflagged” to carry the New Zealand flag and therefore submit to regulation by New Zealand on labour standards and health and safety conditions. Reflagging is a requirement to operate in NZ waters, including New Zealand’s Exclusive Economic Zone. In addition, NZ law requires that all crew members have individual NZ bank accounts, all foreign owned vessels must have observers on board, and independent audits take place to ensure crew visa requirements and wages are in order. To date nine ships have chosen to be reflagged from Japan, Korea, Ukraine and the Commonwealth of Dominica.

While this approach is laudable it places an onerous burden on New Zealand to regulate all its flagged vessels and the question remains whether Pacific Island States have the resources to do the same. Further, New Zealand’s approach has no effect on vessels that do not fish in its waters but are in the Pacific region, or against vessels that simply “re-flag” once outside NZ waters. It is probably too early to determine the impact of NZ's approach, but a fisheries legal expert from NZ has informed us that to date it has halved the number of fishing vessels applying for licences to fish in NZ waters.

A further possible solution (which would require some thought by Pacific Island Nations) would be for flag States who want to fish in the Pacific to be asked to waive their exclusive jurisdiction in relation to labour standards aboard their ships and enable any third state or RFMO with sufficient resources to regulate an internationally accepted standard of conduct on board its ships with issues of any liability borne solely by the vessel owners and not the flag State. Whether a Pacific Island State could seek this waiver as a pre-condition to being licensed to fish within Pacific Island Nation's waters is debatable and is likely to raise concerns at an international law level if the flag State objects.

However, such an approach may find favour with many including the new CEO of St. Kitts & Nevis International Ship Registry, Debasis Mazumdar (a former head of the UK Ship Register), who has noted that “human rights should be enjoyed by everyone” and that it was “the duty of the flag State to uphold human rights.” But if the flag State by its lack of action refuses to meet its obligations to human rights and fair standards, or if it has not applicable standards or law in place guaranteeing internationally acceptable minimum standards, then perhaps a reasonable reaction for Pacific States is to seek to regulate activities that take place in its ocean through licence conditions that require adherence to minimum and internationally acceptable standards of conduct. Unfortunately though, without agreement at an international level vessel owners / flag States are likely to continue to assert ímmunity, particularly on areas beyond national jurisdiction / the high seas.