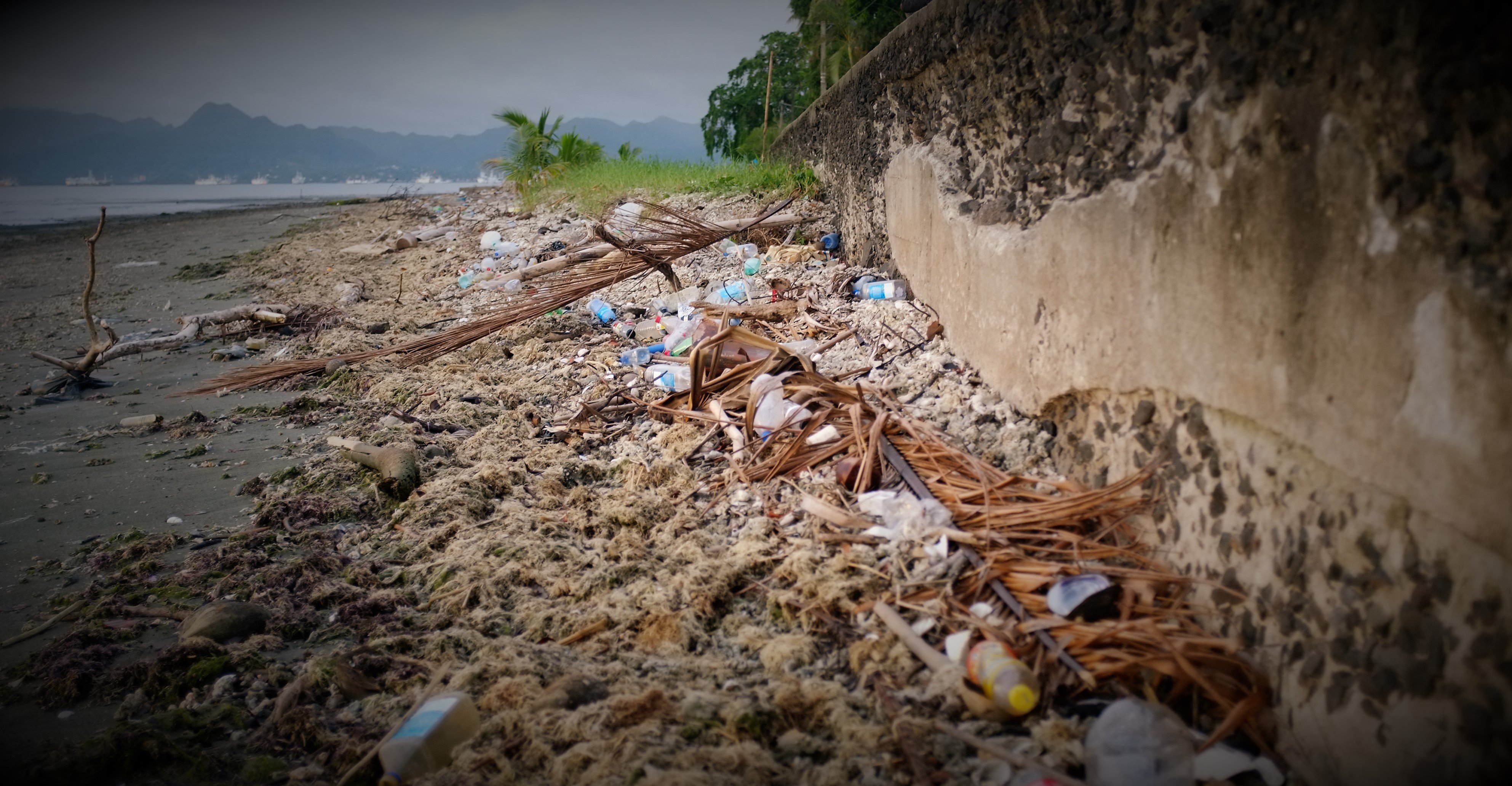 A common sight along the Suva Seawall, discarded plastic bottles

To prohibit and regulate the deposit of litter in the environment of the Fiji Islands.

Litter is widely defined by the Act to include the household and consumable items that would be expected as follows:

any matter or thing whether solid or liquid or partly solid or liquid, the possession of which has been abandoned by any person having control of the same in any street or land or public place and includes building, household, shop, garden and trade refuse or waste; human, animal, fish and vegetable refuse or waste; containers and packaging of any description, whether manufacture in whole or in part, of wood, glass, metal, paper or plastic; household, shop and factory furniture, appliances and machinery or part thereof; timber, wood, glass ,iron, concrete, sand, earth, gravel, stone and clay; or any matter or thing which causes or contributes to or tends to the defacement or defilement of any street, land or public place and includes dangerous litter, discarded chewing gum and tobacco, (excluding religious offerings)

Pursuant to the Litter Act it is a criminal offence to deposit litter in any public place. Public place is also widely defined to include areas where the public has access. While the World Wildlife Fund has noted in its article on major threats to the ocean here that "most of the pollutants on land eventually make their way into the ocean" in terms of marine pollution the Litter Act ensures public place includes: beaches, foreshore, rivers, streams, any waters to which the public traditionally has access. The full list of public places includes:

any park, garden, or other place of public recreation to which the public has access

any beach or foreshore, the bank of any river or stream, the margin of any lake, or forest area, to which the public has access

every harbour, wharf, pier or jetty which the public has access

any other place in the open air to which the public has access as of right without payment of any fee - but does not include any site for the disposal of litter, or any receptacle installed in any public place pursuant to this Promulgation or any other written law

Any land vested in or controlled by any local authority or the State„ being land that is not occupied pursuant to any lease, licence, or other authority by any private person

The Litter Act makes it a criminal offence to directly or indirectly deposit and abandon any litter in or on any public place, and prescribes the following punishments of maximum penatly fines as follows

Section 10 of the Litter Act makes it a criminal offence:

litter that is dangerous, or liable to become dangerous

Upon conviction the penalties for depositing dangerous litter are:

Section 13 of the Litter Act also makes it a criminal offence to deliberately break or smash:

The possible punishments upon conviction are as follows:

In the event that any person accidentally breaks any bottle, or something made of glass in a public place:

must immediately clear up and remove to a site for the disposal of such litter.

Section 12 of the Litter Act make it an offence for litter to be thrown from vehicle in a public place (and this includes all highway, road and street). The driver is the person who is held responsible at law and upon conviction may be punished as follows:

While not strictly related to Marine Pollution, residents of towns and cities may be interested to note that Regulation 21(2) of The Environment Management (Waste Disposal and Recycling) Regulations provides:

A person who intentionally burns household garbage in a municipality area commits and offence, unless the local authority has a permit that covers the resulting emission. Penalty: $10,000

The solution to the global problem of abandoned household and consumer waste requires every person to act responsibly.

The Litter Act makes it a criminal offence to litter in a public place and as such any person who litters is likely to have committed a criminal offence. Those who are observed littering may be reported to the police, with as much detail as possible about their activities. Approaching those who are littering should be undertaken cautiously and if it is possible and safe to do so photographs should be taken.

Abandoned television on the Suva Foreshore

This legal bulletin is not, and should not be relied on as, legal advice. It is provided for information purposes only.