A Legal Policy Discussion of Shark Conservation in Fiji

Sharks are renowned apex predators in the ecosystems they occupy and therefore play an important regulatory role in maintaining the health and balance in an ocean ecosystem. Sharks primarily prey on the weak and sick in other marine species and this helps in both strengthening genepools and preventing the spread of disease in prey species. This grooming of other species is an important function in the intricate ocean food webs and one of the reasons why sharks are considered keystone species by some marine scientists, meaning that their removal could cause a collapse of these systems. This role is particularly important in vulnerable ecosystems like coral reefs.

In this bulletin we briefly consider the Fiji legislation that protects sharks in Fiji's waters and suggest that an integrated approach to protecting sharks in line with a National Plan of Action may be required. 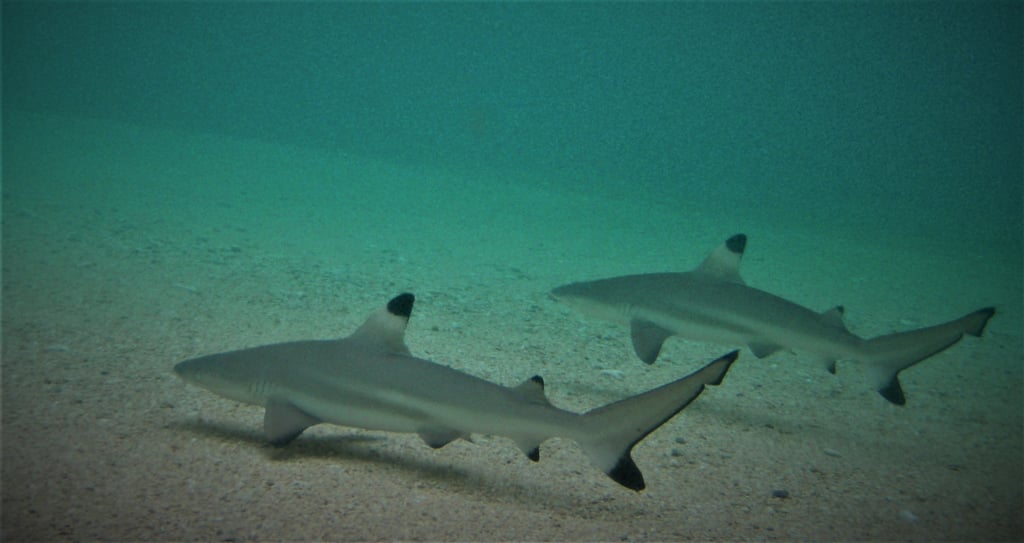 In 2015 from a 19% coverage reporting rate, 2,106 sharks were caught by Fiji’s national longline fleet with 57 sharks retained and the rest discarded either dead, or alive and injured. This statistic is only fraction of the actual number caught but is useful in illustrating the peril of the species. Increased exploitation of sharks by fishing and bycatch can heavily impact shark stocks due to the nature of their reproductive cycle and their slow recovery from fishing pressure. In Fiji, there is no legislation or policy that deals specifically with the management of sharks. That is not to say there are no provisions for the protection of sharks. Combing through various laws there are mechanisms to create Shark protection zones; prohibitions on the trade of certain species of sharks and regulatory obligations. The Fisheries Act, Offshore Fisheries Management Decree, and Endangered and Protected Act include varying provisions on the treatment of sharks.

The Endangered and Protected Species Act is the statutory implementation of Convention on International Trade of Endangered Species and Wild Fauna and Flora (CITES) at the national level and this means that it regulates the trade of species listed in CITES appendices as well as indigenous species not covered by CITES. The species listed in the three appendices corresponded with the level of protection needed. In appendix II of CITES, which is the list that contains those species whose trade is regulated, there are several species of sharks included. At the most recent CITES CoP 17 meeting in Johannesburg, silky sharks and thresher sharks were added to appendix II meaning that their trade is now regulated under CITES and the Endangered and Protected Species Act.

Under the Fisheries Act, which applies to inshore waters, there are general provisions that empowers the Minister of Fisheries to make regulations that inter alia, either ban a particular species from being harvested; demarcate an area where fishing is restricted or in a seemingly catch-all clause, regulate the ‘conservation, protection and maintenance of a stock of fish which may be deemed requisite.’ This provision was used in 2014 to create a legally recognized Shark Reef Marine Reserve in the area between the island of Beqa and the province of Serua. In addition, community initiatives through the Fiji Locally Managed Marine Area network also results in community protected areas and community education that benefits sharks.

The current regulatory framework for shark conservation and management is fragmented with various statutory laws and regional mandates and international obligations covering certain aspects of shark management. A key step to consolidating shark management initiatives is to adopt a National Plan of Action on sharks that consolidates all these scattered fragments while also raising the bar by adopting best practice approached in shark conservation and management.

Sharks play a vital role in the ecosystems they occupy and this warrants the need for more coordinated measures to be put in place to better manage and conserve them.