What and Why MPAs?

The importance of protecting and conserving marine biodiversity for its own sake and for the benefit of human-kind arose as scientists observed and learned more about our marine environments. This rising awareness of the importance of ecosystems as a whole and conserving biodiversity was behind the Rio Earth Summit which led to 3 Conventions including the United Nations Framework Convention on Climate Change (UNFCCC) and the Convention on Biological Diversity (CBD) that has 168 State signatories.

The significance of the Rio Convention for MPAs is not just that it called for MPAs to be made with the specific aim of protecting biodiversity, but that it also called for:

We examine these requirements and what they mean in more detail in this legal bulletin, but the thinking regarding why we should have MPAs essentially boils down to:

In a recent presentation at the School of Marine Studies, at the University of the South Pacific, Dr. Stuart Kininmonth, explained 5 ingredients that scientists have pinpointed makes an MPA effective[i]. This required, MPAs to be:

Dr. Kininmonth provided the following slide to illustrate this point:

While these requirements represent what marine scientists have observed, it is not always easy to guarantee these 5 ingredients (known as NEOLI) in the creation of new MPAs where they may be required.

In addition, as recognised by the Rio Convention the current international law of the sea framework does not presently allow for the establishment of effective MPAs in areas of ocean beyond national jurisdiction (the true high seas). This means that at present, MPAs can only be created by individual nation States in areas of the ocean where they have authority, meaning in their areas of ocean where they have sovereignty (internal waters, archipelagic waters, or territorial seas), or where they have sovereign rights (EEZs). This inability for areas of ocean outside national jurisdiction to be protected is one of the reasons why the United Nations is currently coordinating international efforts to make a new treaty for Areas Beyond National Jurisdiction (ABNJ).

However, at the present time, even though States have the authority to create MPAs within areas of national jurisdiction or sovereign rights, including EEZs, this does not mean that effective MPAs or networks are being created there.

The COP also called for networks of MPAs to be made in accordance with customary international law:

The language used by the COP shows that MPAs have always been envisaged to be a tool for integrated oceans management, rather than a solution in themselves. This practically reflects the point that merely protecting an area of ocean from one detrimental effect (for example over-fishing) will not resolve other existential threats, like the effects of climate change, pollution, or excessive use by other industries like shipping.

Why should there be a careful, transparent, consultative and participatory process undertaken before a MPA is created?

As mentioned previously in this and other legal bulletins, the creation of MPAs will affect other users of the ocean, some of whom may have user rights. In the Fiji context this may include user rights registered to relevant groups of indigenous/iTaukei at the Yavusa level, existing commercial fishing interests, shipping interests, tourism interests or other interests and rights that should be ascertained during the MPA establishment process.

This consultative and participatory process reflects the concept of sustainable development which although not a principle of customary international law provides useful and relevant guidance for national decision making in Fiji. Principles associated or part of sustainable development include the precautionary principle, the common concern of humanity, State sovereignty (authority) with or balanced by State responsibility, the polluter pays principle and participatory and informed decision making. (Our emphasis).

The Rio Declaration went further by setting out specific principles relating to procedure, and these included public participation in decision making.

In relation to MPAs there are also good practical reasons for good process and public participation and these include, but are not limited to:

All of the above, are consistent with Fiji’s commitments pursuant to the CBD. Amongst other things Fiji has committed to:

The principles set out above, again emphasise the importance of a consultative and transparent decision-making process, but also hint that MPAs must be established appropriately to the international legal framework - this includes, but is not limited to, LOSC. To a certain extent LOSC constrains what signatory States like Fiji can do when it comes to establishing MPAs.

How does LOSC / the framework for international law of the Sea constrain the creation of MPAs for Fiji?

The central principle of LOSC is to balance the ancient right of Freedom of the Sea against the rights or the authority of the coastal State to regulate certain areas of ocean adjacent to the coastal State. In practical terms this means that MPAs cannot generally deny rights of innocent passage/navigation across ocean areas either within its territorial sea, archipelagic waters, or Exclusive Economic Zone (EEZ) by ships flagged to a different State.

How to make effective MPAs in the Fiji context

Fiji is a common law jurisdiction and its fisheries legislation provides that marine reserves or MPAs can be established by Fisheries Regulations. This Regulation making power is delegated in accordance with Fiji’s sovereignty to the Honourable Minister of Fisheries and Permanent Secretary of Fisheries, depending on which area of the ocean the MPA is to be designated.

However, in accordance with common law principles, including principles of administrative law, and the rights contained in Fiji’s Constitution, 2013, as well as Fiji’s international law commitments, this does not provide the Minister of Fisheries or the Permanent Secretary of Fisheries with an unfettered discretion to create MPAs. It is respectfully suggested that the Minister of Fisheries and/or Permanent Secretary of Fisheries are empowered to exercise their discretion to create MPAs following an open transparent and consultative process that accords with Fiji's common law/administrative law system.

This is why it is often said by ocean governance experts like Yoshifumi Tanaka[ii] that the effectiveness of MPAs is dependent on a sound balance between a requirement to conserve marine biodiversity and the need for economic, social and political development of the State.

Ultimately, this means that for Fiji, effective MPAs made within its legal and governance context requires a participatory, transparent and consultative approach. This should, involve stakeholders and CSOs supporting the government’s position, but it also requires government leading this approach.

A failure to follow a consultative and participatory approach to establish MPAs creates a significant risk in the Fiji context, because, depending on where the MPA is located, its establishment could adversely affect iTaukei rights leading to sensitive and political consequences as well as a less effective MPA. In other words, a failure to consult represents a lost opportunity to do better and may erode the goodwill and participation of all involved.

Fortunately, in Fiji, the Ministry of Fisheries has good leadership and a good understanding of the Fiji context and should be well placed to provide guidance on this issue.

As mentioned at the start of this legal bulletin, the Rio Convention envisaged, effective MPAs require more than a participatory approach to their establishment. Effective MPAs also require other uses of, and sources of pollution to be managed in an integrated way. This also confirms the observations of scientists like Dr. Kininmonth.

This does not mean that MPAs should not be created until Fiji adopts an integrated management approach, but it does mean that we are unlikely to see the efficacy of MPAs until a fully integrated management approach is taken for Fiji’s oceans that both manages and reduces the problems affecting Fiji’s oceans. Even then there will be aspects of ocean health that will be outside Fiji’s ability to manage and this requires other States to meet their international commitments to the preservation of oceans and reduction of waste by implementing their own national legislation.

Fiji is a global leader and champion for oceans, as well as for climate change and it remains an involved and participatory process to create an integrated management policy for Fiji. Such a process requires raising awareness of all Fiji citizen’s rights in Fiji’s ocean spaces and then designing these processes in accordance with Fiji’s unique common law and governance context to create this policy to guide decision-makers to reduce the threats to Fiji’s oceans and conserve its biodiversity. This is a process that those interested in the health of Fiji’s oceans may consider investing in as it moves towards an integrated and planned process.

While there is a call for MPAs globally, and while scientists have been explaining why protecting biodiversity is required for decades, effective MPAs require them to be part of an integrated approach to oceans to regulate all harmful activities.

To establish MPAs in the Fiji context involves understanding both the process requirements at international law level and how Fiji’s unique law and governance system has been established and expects decisions to be made that may adversely affect existing users in a participatory and transparent manner.

Fiji’s common law system supports the correct and participatory establishment of MPAs, but a good process will not just enable MPAs to achieve universal acceptance but will also provide MPAs with the best chance of being effective and based on well drafted regulations.

A failure to follow consultative and participatory processes prior to the establishment of MPAs represents a failure of governance and a missed opportunity. 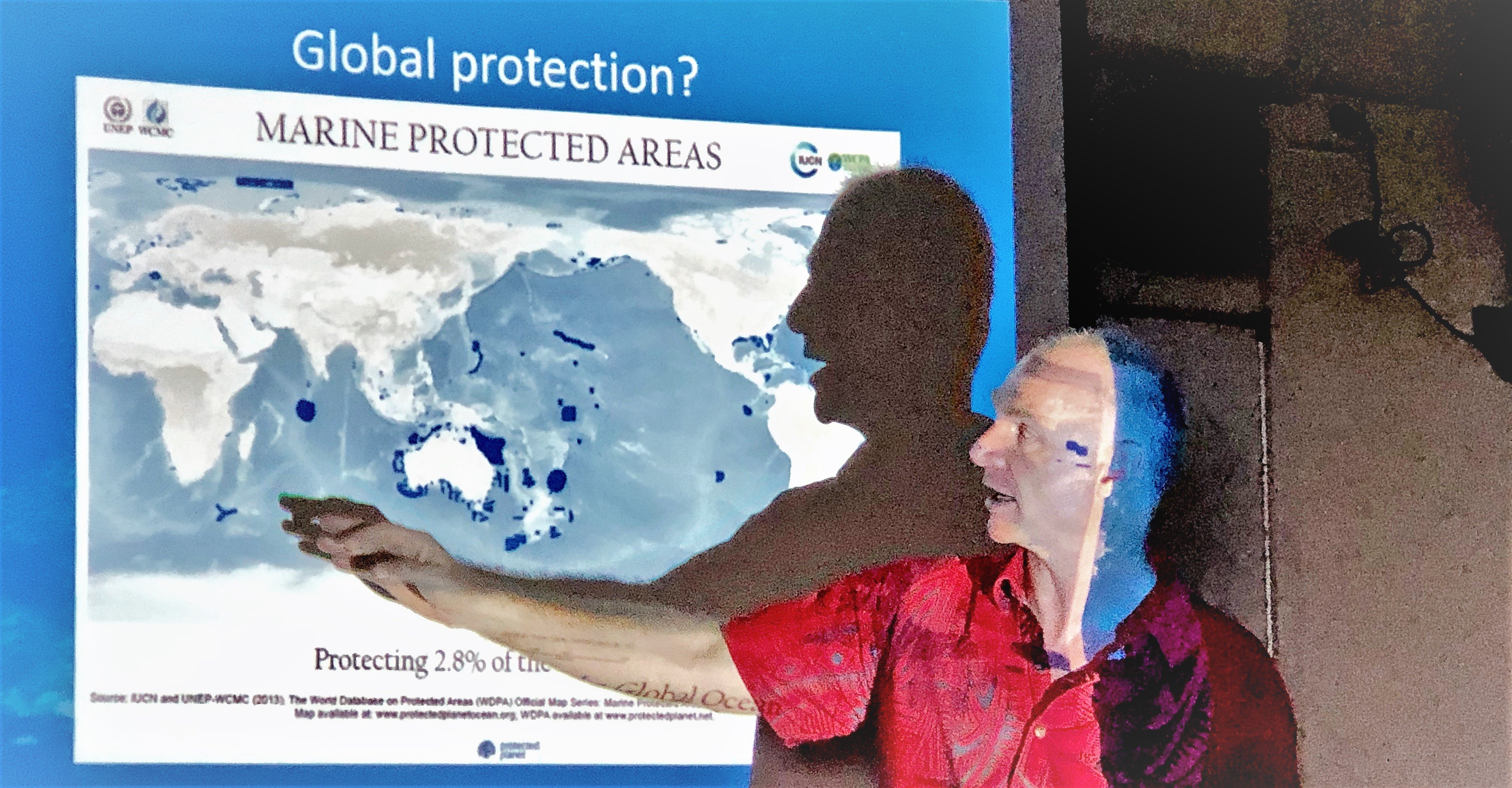 With thanks to: Dr Stuart Kininmonth for reviewing this legal bulletin and providing permission to share information he provided to students.