In this update we briefly consider the legal principles and law that common law jurisdictions apply to construction projects. 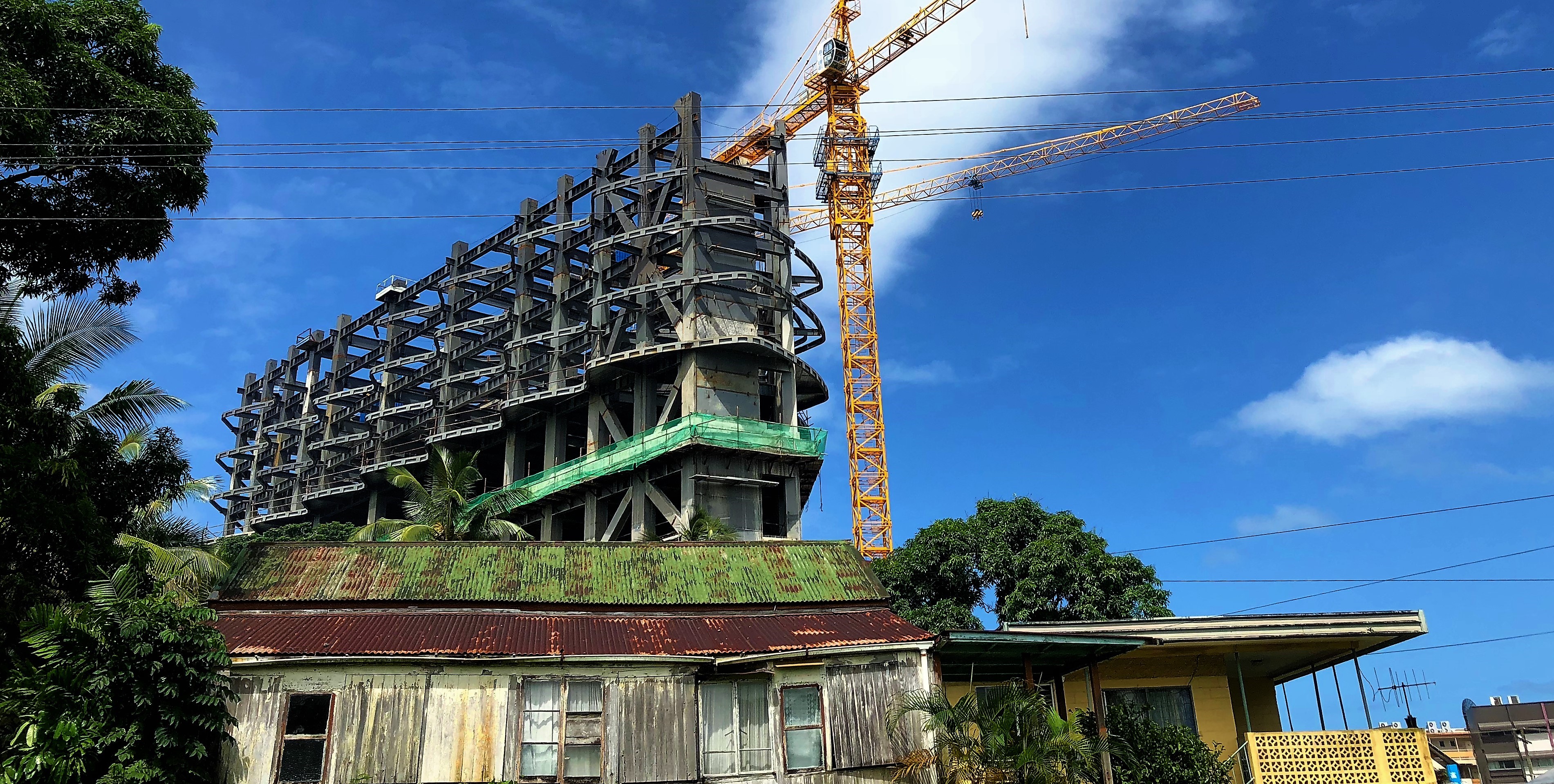 Lord Diplock in the case of Modern Engineering v Gilbert-Ash [1974] A.C. 689 at page 717 provides a simple and useful explanation of a construction contract:

A building contract is an entire contract for the sale of goods and work and labour for a lump sum price payable by instalments as the goods, are delivered and the work done.

The implication is that a construction contract is no different from from any other common law commercial contract that seeks to uphold the bargain that two parties make. They are interpreted in accordance with common law principles and applicable legislation in the relevant jurisdiction.

However, construction projects are rarely “simple” as they take time, involve a number of contractual relations, involve the delivery of goods and are subject to aspects that are outside the parties control, the most common factor being the weather. Construction contracts must be capable of anticipating potential difficulties and the parties have the freedom to negotiate or balance the risks between them however they like, subject to some important exceptions.

In its most obvious sense, the expression “freedom to contract” is used to refer to the general principle that the law does not restrict the terms on which the parties may contract. It will not give relief merely because the terms of the contract are harsh or unfair to one party.

While commercial parties are entitled to enter into any commercial contract, in common law jurisdictions the law will interfere by adding terms to the contract in the following situations:

Another typical example of where courts will interfere with a contract is where it considers parties have not acted in good faith, that a stronger party has exploited a weaker party’s bargaining position, or a party has profited from his or her own wrong or is unjustly enriched.

Further the following 3 elements of the construction contract are essential, but while they should be expressly stated, they do not have to be as they will be implied into the contract if not stated:

Good standard form construction contracts will include all these terms and detailed processes to be followed by the parties at all times.

In the event there is a dispute between the parties regarding what a contractual term means, whether it was entered into fairly, what terms should be implied, or for any other reason, the courts or arbitration tribunal are the final arbiter that will apply the legal principles from the relevant jurisdiction. This shows why it is always better to ensure that any arbitrator is legally trained. A legally trained arbitrator should also understand when technical expertise is needed.

However, the point remains and is worth emphasising that under a simple contract at common law there is no right to payment in instalments. Rather a payment is made for the entire performance of the contract.

In accordance with common law principles and the freedom to contract, where a party has failed to perform all its obligations under the contract it may still be possible for the other party to accept part-performance and pay for the construction works up to that point that may be assessed either based on what the contract provides, or if the contract does not include a relevant term, on the basis of quantum meruit, which is essentially what is assessed to be a reasonable sum. Quantum meruit calculations may also occur where variations to the contract result in works that are so different that it could no longer be said to be the same contract. In this situation payment may be assessed on a quantum meruit basis.

Variation of contract occurs where the parties to the contract specifically agree to vary it. In the case of construction projects variations are often required as the project progresses.

There are many different standard form construction contracts (some better or more suitable to a particular project than others), and there are good reasons for using them, not least because they have been created by industry experts to balance the risk between the parties. For more information on the thought processes behind risk allocation please see our earlier commercial law update here

In the case of construction contracts as well as contract law principles, and statutory controls (including planning law and building controls) - the law of tort is also relevant.

Tort is a branch of civil law that operates outside contract law. Contract law governs the rights, obligations and liabilities between two or more parties to a contract. Tort applies to any party who can be said to owe a “duty of care” to another party. For a tortious duty of care to exist a contract is not required and that duty of care applies to everyone. If a duty of care is breached and that breach causes damage that is reasonably foreseeable then a cause of action in tort may arise. The categories of tort are continuously expanding as Courts deem necessary. Contract and tort also have similarities and are seen as a general law of “obligations”. Both branches of the law “compensate” victims for the harm done to them and both are ultimately based on duties owed by one party to the other.

There is an interrelationship between contract and tort law, in construction law the overlap may occur in relation to product liability where there can be claims for negligence and also for breach of implied statutory conditions under the contract. In such circumstances a choice is sometimes made whether to sue a manufacturer/contractor/professional advisor in tort or the supplier of the goods or services under contract law. The 6 main torts that are relevant to construction law are:

Negligence and its related tort of professional negligence and breach of statutory duty are the most likely to arise if something goes wrong during a construction project. However, legal advice will be required to determine whether a tort has been committed as a careful assessment of the facts and evidence must be undertaken. Broadly speaking this assessment will consider first whether it is just and reasonable to impose a tortious duty of care considering factors like the relationship between the parties, whether the degree of likelihood of the consequences of a breach of that duty was reasonably foreseeable and the seriousness of those foreseeable consequences as well as whether it was reasonable for the plaintiff to rely on or trust in the defendant. In determining these questions lawyers and ultimately arbiters will consider principles set out in case law. Finally, broader policy considerations will be taken into account in determining whether a duty of care should exist. As a side note, this again demonstrates why arbitrators should be legally trained.

Breaches of statutory duty also warrant a brief mention because if there is a breach of a Statute that causes damage, whether there is a cause of action leading to damages, will depend on the wording of the Statute. Again legal advice will be required, particularly if the Statute is silent because then particular legal tests must be satisfied including discerning the intent of the Statute and including whether it should apply to a particular class of persons, whether the breach caused the loss, and whether there is an alternative and better right of action available.

The question of whether economic loss can be recovered under an action in tort poses a vexing legal question. This can be a confusing area because the rule against recovery of economic loss in tort can preclude losses which are not actual damage, injury or damage to persons or property. In other words a successful action in tort may not be able to recover for the underlying defect or damage within the building itself. In cases where a claim of pure economic loss is required then legal advisors should consider whether the professional advisors to the project provide the better course of action. This would then be determined in accordance with the usual rules of negligence/professional negligence.

In older claims, and particularly those beyond the 6 year limitation period provided for in actions under contract law, tort may provide the only remedy, but again this must be considered on the facts and merits of any given case, as the plaintiff will have to demonstrate that the defect or issue arose within 3 years of when s/he became aware of it.

However, a construction contract must be supported by a good understanding of the contract and its processes as any departure from those processes can lead to unforeseen legal difficulties.

We do not recommend the Fiji standard form contract because it is outdated and contains ambiguities that lead to unnecessary delay and dispute. It also contains outdated anomalies that can lead to parties to believe architects should be appointed as arbitrators of legal disputes. This is only advisable if the architect also has legal qualifications.

The key to successful construction projects is excellent project management, and good record keeping. The key to avoiding dispute and delay is negotiating a fair and commercial construction contract that balances risk and reward fairly, parties acting in good faith towards each other and investment of time before the project starts to ensure that the construction contract and its processes are understood by those involved.

For more information in relation to construction law or for any other commercial law enquiry please contact Atu Siwatibau: atu@sas.com.fj

This commercial law update is provided for general information purposes only and it is not, and should not be relied on as, legal advice.